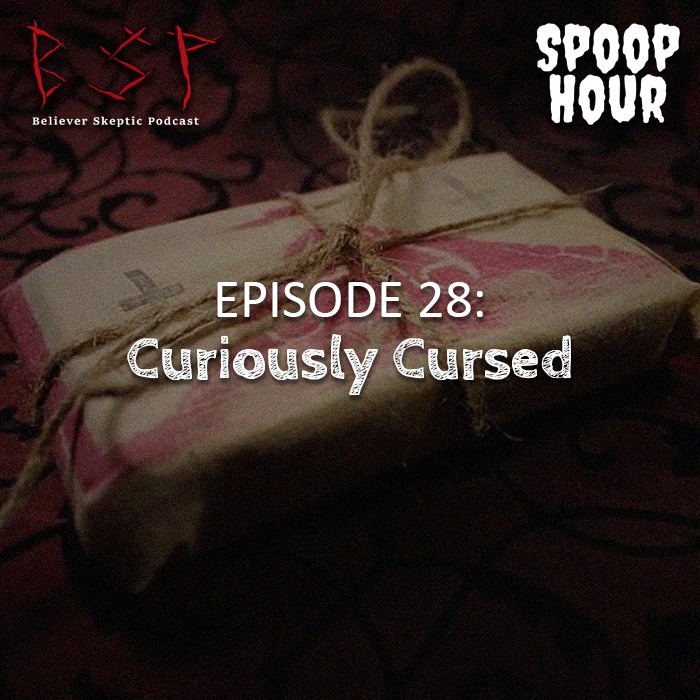 In this episode, Cody and Chris are joined by the amazing women of Spoop Hour as they discuss cursed objects. Sasha starts us off with the Hope Diamond, which Cody thought was The Heart of the Ocean from Titanic. Then, Cody discusses murderer Johnny Frank Garrett, who places a curse upon the world. THE WORLD! Next, Courtney tells us about Archive of the Afterlife in W. Virginia. It holds some creepy ass artifacts, like an armless doll that plays favorites and an electrocution cap. Finally, Chris tells of the curse associated with The Petrified Forest. He visited the area over the summer and quickly learned to take only pictures. Instead of BS Weekly, Chris and Cody play a game of “real or fake haunted artifact” with Sasha and Courtney. This week’s drinks are: Thai-grrr Mead and Provisioner Red Blend Wine. Or something like that.

Archive of the Afterlife:
https://archive-afterlife.weebly.com/